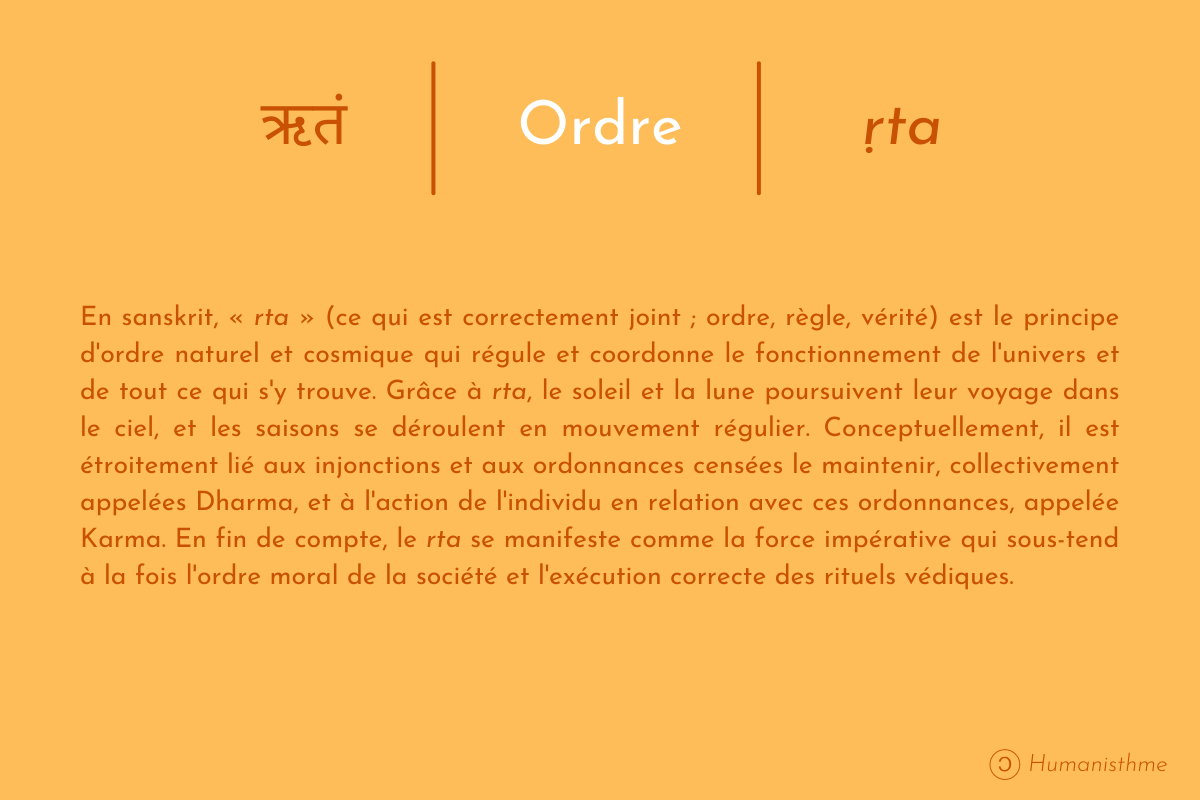 In the hinduist religion and indian philosophy, the concept of Ṛta ऋतं is crucial and continuously flashing. It refers to the cosmic order, which is coordinated by its two components: natural and moral order. Ṛta is derived from the Sanskrit verb root ṛ- “to go, move, rise, tend upwards”, and the derivative noun ṛtam is defined as “fixed or settled order, rule, divine law or truth”.

If Satya (सत्य | truth) is the law, then Rta is the order which implements the law. It is equated with and considered necessary to Ṛta: it results from Satya as it regulates and enables the operation of the universe and everything within it. Satya is considered essential, and without it, the universe and reality falls apart, cannot function.

In the Inuit culture, the iñupiaq language has an untranslatable term referring to a traditional…