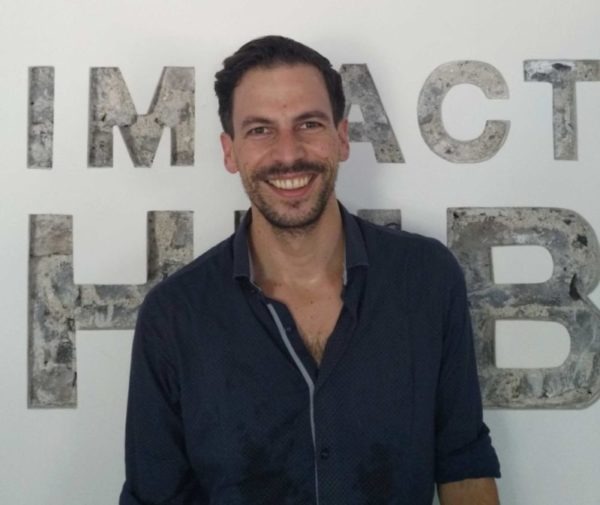 “Follow your bliss and the universe will open doors where there were only walls.” ~ J. Campbell

Meet Julien Abegglen Verazzi, aka. “Julik”, member of the Impact Hub Geneva and founder of  “Humanisthme”.

“I have worked for about seven years in the Humanitarian diplomacy, but after all these years I also realized the bias of the North-South prerogatives and the whole “business” behind the humanitarian world. When I returned to Switzerland, I wanted to do something here, so I came up with the idea of strengthening bonds and understanding beyond cultural prejudices. I am deeply convinced that humans can serve as bridges between cultures: it was a major shift from a humanitarian to a more humanist approach. I think we should all take responsibility in either changing things or accepting them as they are. But it takes courage to stand up for your beliefs.”