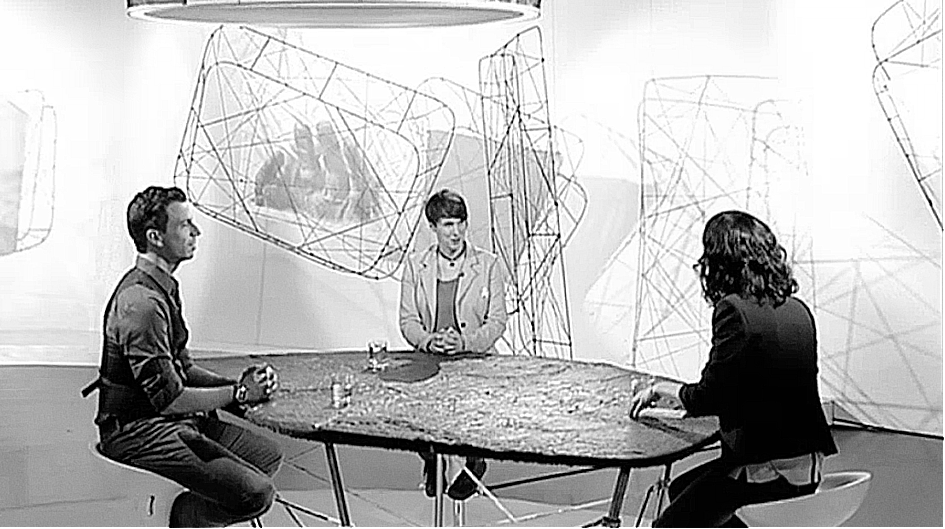 Shaking hands, celebrating the departure of a colleague around a glass of wine, reading a story to your children in the evening… these gestures and events are at first sight insignificant, compared to ceremonies such as funerals or weddings. Are they rituals in the same way and what is their function? Can we do without them?

On April 12, 2014, Julien Abegglen Verazzi, a humanist celebrant in Geneva, was invited to appear on the program Faut pas croire, for an episode entitled “Rituel, quand tu nous guides !”broadcast on RTS1.

Together with Magali Jenny, ethnologist and scientific collaborator at the University of Fribourg, they had the opportunity to discuss the functions of rituals in our daily lives, during a debate moderated by Aline Bachofner.

Thus, for Julien, telling a story to these children in the evening before going to sleep, a handshake or a funeral service all have one thing in common. They are all rites practiced (consciously or unconsciously) to mark a special moment. He justifies this qualification by the etymology of the word “rite” which is “rta“:

“From the etymological point of view, rta, in Sanskrit it means “order”, what is right, the truth, it is a cosmic order, (…) we find this notion of defining a time, a space, outside the everyday life. And it is this factor that is common to the various examples cited above.”

This need to ritualize our daily life is inherent to the human being. It is not only a matter of celebrating the great passages of our lives, but also of (re)connecting to a community.

It is also an opportunity for him to detail his job as a lay celebrant, or humanist, as he prefers to call himself, very often blurred in people’s minds.

“The notion of humanist speaks of human beings and therefore all the rituals, all the accompaniment of these human beings are not done in the name of a dogmatic institution but rather in relation to the richness and diversity of these human beings. (…) There is a lot of work on their values, on the idea of seeking what is sacred to them and not, perhaps, for a millennial text.”

A humanistic ceremony does not necessarily have to include a sacred dimension:

“There has to be what I call a metamorphosis. There is a starting situation and there is a situation at the end. And so basically, there is no obligation behind it to be spiritual, transcendental, but we can take certain elements of it. In the same way one can start a wedding ceremony with Beyoncé.”

Watch the show (French only)

Not eating during the day, it's not difficult," he begins once the waitress leaves. But…

Pacha mama, a vision of the world that represents the human environment in its totality,…